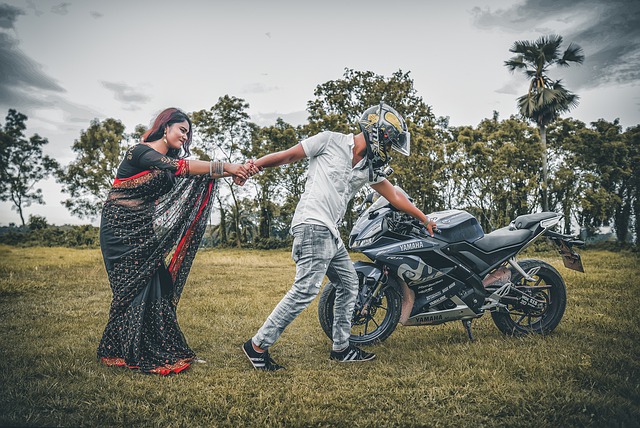 An engagement time is like heaven, two souls pledge to never separate , but what happens when ultimately they are united in marital bond? Why couples fight?

Mr. & Mrs. Sharma would often throw tantrums on each other whenever Sharma would get back from his office. This would go to the extent that the voices of their brawls would reach their neighbors, who would in turn get opportunity for chit chats and pass their time during lockdown.

Their brawls became a temperament of wit and sarcasm at play among the people who pop out their heads to see the fun.

When Mrs. Sharma would began her usual brawls on her husband, the entire neighborhood would step on their balconies to see what’s going on. One of them would be heard saying, “Subah Subah entertainment shuru, and aaj nashta humko nahi milega”.

The fact is, couples do fight, there might be few of the gentle men or women who might now squabble, but many of them do.

We all take these brawls in a married couple as a bypass thing, a subject of entertainment and best theme of a joke. People just take this for granted. As marriage is a game of life, to play together and brawls are a part of this game. These small relationship wrangles add to the fiery incitements and give a spice in already dull life. Simple, when there is peace, there is dullness but when there is a quarrel at least you get busy and do not feel bored.

At the same instinct, the frequency and quality of quarrel have much to do with the level of relationship satisfaction? Many couples prefer to brunt as little as possible, but from many houses, these sounds are more. Behind the happy looking family, several currents are at play. The question is why this happens and why they have to set up their marital disagreements on the calendar?

You must be surprised to know that many studies are being conducted on this aspect of married convulsion. Here I am not talking about the martial abuse, that is a crime left to the discrete of the law, this is about the minor paroxysms that make the ball sometimes tilt towards the women’s side but often keep on rolling on one side to the another.

Intentionally they do not want to it, but the question is why then we are so averse to fighting? Few studies were conducted by a team of enthusiastic researchers. The main reason that emerges through their hidden emotional waves is their unmet needs; those necessities which were promised before marriage but are forgotten later. Reasons though might vary, but the intention is the same.

It is a fact that couples battle more when their expectations are not met. Let us consider these factors:

Expectations of Emotional attachments: We want to secure an emotional connection, and how we do it is developed at an early age in our life, depending on the relationship with our parents. And the pattern that had established at that age creates influence by our experience in it. Fulfilling each other needs is one of the imperative ways to create a long-lasting bond. A relationship that solicits security is more satisfying, intimate, and continues for a long time. However, when there is a void in this connectivity and the feeling of fear cropped in, frustration comes in that leads to irritation and brawls.

Need for acceptance:  Why a person marries? Answer to this varies, as there are many reasons, but the main cause is your desperate need for acceptance. Once married if you do not get the emotional fulfillment and acceptance of what you are and how you are? It also does not mean you like each and everything about your partner; well you can dislike some too and reject the choices. But somewhere down in the heart, this vacuity remains as your partner is unable to accept the flaw and that bursts out causing backlash.

Craving for liking: Most of us are not satisfied by simply knowing we are accepted, we would also continue to know we are liked, we want not only love but with sexual gratification warmth and affection also. But due to the stresses of life, and hard work the warmth of the pre-marriage is missing among the couples. This makes the romantic angel of those days to slowly recede.

A sense of domination: There is also a sense of domination in couples, with a feeling that we have some control over the other. This is quite true in Indian couples. Men are still head of the families with a dominant attitude, and when they feel this domination is getting hurt, they become emotionally aggressive that can lead to a brawl.

Above are the few underlying reasons, but the main causes are many. Some argue with each other as they love to squabble which become a ground of a strong bond between the two. In a marital relationship, we need to gather the bits of separated stones, though these small pieces look the same but are of different sizes and shapes and even some of different colours. Our life is also like stones, with different shades, but when these stones are joined they become a pillar, which is our home.

in Romance
Do You lie in romantic relationship?
in Romance
Tips To Retain Romantic Relationship In 60s