What is India now, a Secular or Majoritarianism nation? 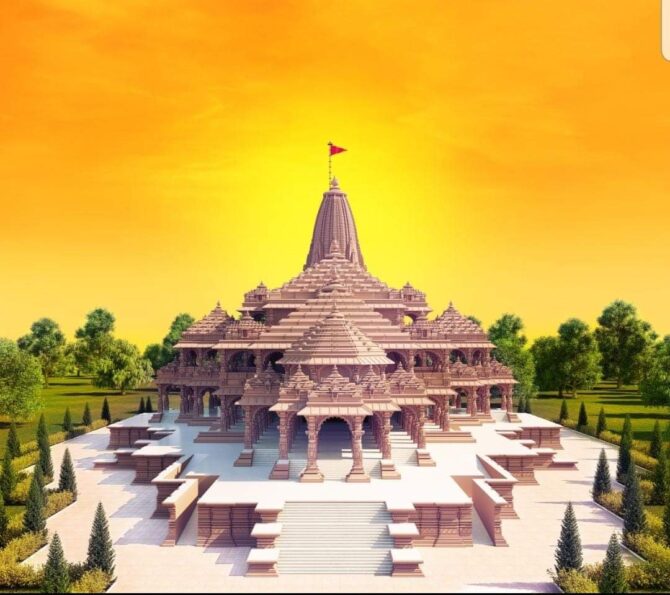 Congratulations brothers and sisters for winning and laying the foundation stone of much awaited Ram Temple, the temple that has been a dream of the millions of Hindus the world over.  But please let us not turn into a version of Hindu majoritarianism in our so well knitted secular nation that spreads the flairs of multiple colors, which is so wonderful, serene and best.

My words are not a vindication of any political integrity through, nor on the discourse on any religion or political party, at the juncture where we are standing; we can see ourselves only occupied in a Pandora.  In the wake of the current scenario when our Prime Minister Sh. Narendra Damodar Das Modi attended a religious ceremony, a special kind of religious fervour was spread all over, but there were concerned voices. Are we truly secular or have we entrapped ourselves in the political pseudo-secular agenda?

Each one of us knows how the word secular got integrated into the preamble of the Constitution and till then we are abiding by its principles. Secularism has so much ingrained in our mindsets that we cannot see ourselves out of it. Since independence, we are following our respective religions with equal zeal and passion, and are participating in each other religious festivities with an equal sense of decree.

Here I am not talking about secularism that is declared in the Constitution, and I want to leave it to the understanding of the respected analyst and leaders. This secularism here is about our lives and how in today’s circumstances we are conflated in its myth and communalistic tenacities.

Now when our Prime Minister Narendra Modi has laid the foundation of the Ram Temple, he advocated national sentiments.  The event was not just the celebration of the victory but also showed the dream of Hindu Rashtriya that the congress had always opposed.  But without looking into the prism of the political picture, if we look into our lives and the people around us, we are nationally integrated wholesome of Hindus, Sikhs, Christians, Muslims, Parses, Buddhists, Jainism, and others.

As reported in the Hindustan Times the Rashtriya Swayamsevak Sangh is making all efforts to portray the Ram Temple as a symbol of cultural and national renaissance. Even our Prime Minister endorses the statement.  Mohan Bhagwat retorts that temple construction will be the symbol of a new India. On the one hand, RSS refers to the ideologies of Shri. Ram and to make it a cultural icon and a unifying edifice on the other hand he says he would never want the issue to get communal or polarized.

We are in a paradox about what we should understand.  Even the international media has proclaimed that we have entered into the threshold of majoritarianism.

This whole symbolic act is a triumph of Hindus but nonchalantly on the verge of what our India had always stood for, secularism. A nation where all religions held hands together to build a promising tomorrow, but our Prime Minister is saying, “The Supreme Court verdict has brought new dawn, now the next generation will build a new India.” What does this new India stand for? Is it of Santana Nationalism or of India that has a unified flavour of multiple religions?

Building of Ram Temple is a fundamental right of Hindus, but is it justified to uphold it as a national symbol and advocate majoritarianism when India is bathed in several colours?

No doubt, there is no threat to any minority but something fundamental has changed. Minorities are getting fearful of their sense of distinct identity that had left a deeper scar in their heart and soul.

And what we show the face of India in front of the world, are we mere “Hindu Rashtriya”, which had been firmly standing strongly on the roots of secularism.

It is also a fact that no minority community wanted to become a part of our Prime Minister Ram Rajya’s agenda. I can comprehend this meaning where all humans live in harmony with each other, and there is prosperity for all. But why do we use the term Ram Rajya, why not any other term, the dreams that our pre-independence nationalist leaders have seen?

Late President of India, Abdul Kalam used a candle and said, “I am a Muslim, I am lighting a Hindu lamp using a Christian’s candle. Same should be the unity of India”.

But the concept of Ram Rajya is making us think, are we living in “Hinduism Diaspora.”

in Religion
Why Religious Rituals Matters? My Experience with God !
in Religion
Is there a cure of Coronavirus in religion?
in Religion
What impacts a person’s life, Religion or Money?