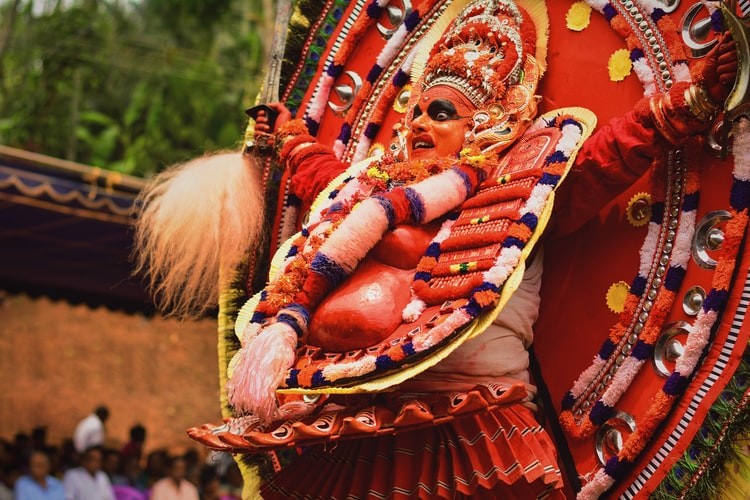 Our elders say yes, but in my world of Facebook, Twitter, tik tok, my answer is no. Life is for fun, and to earn, why should we then bring our overtures into the ceremonies, practices and rituals that give us virtually nothing?

Religious rituals are family affairs, involving granny, grandpa, parents, uncles and aunts. They together ceremoniously perform prayers pleasing their god or to get rid of evil, but for the youngsters, these are mere events, boring, and regular recitations of something which are beyond understanding.

The rituals that most religions across the globe follow are prayer ceremonies in different forms, offerings to the Gods, idol decorations with jewellery or covering holistic books with beautiful sheets. There is nothing wrong with it. But our tenacity towards these rituals has changed. For the generation of today, these have become mere occasions for celebrations or for getting together, with the least significance to its originality or theoretical perceptions.

But had you ever pondered, as to why our elders follow these religious dictates so religiously? In the following article, we would study why our elders and religious-oriented minds are still nurturing these symbolic ceremonies. As there are many religions here on the planet, as there are theories behind it.

The first of the Four Noble Truths of the Buddha expresses the light on why religion started. It says,

“Existence is suffering.” If that’s not your bag, you can turn to the wisdom of Ecclesiastes, the preacher who said, “I have seen all the works that are done under the sun; and behold, all is vanity and vexation of spirit”.

In fact, scientists found that believers of religions are less depressed and anxious, and are able to better face life turmoils in contrast to those who do not. This means those who follow rituals are happier than those who do not.

Let us take an example:

Since my childhood, I would often see my grandmother worshipping Tulsi, cleaning the floor with cow dung, and offering water to the sun in the wee hours. This had become a daily routine.  I was confused, about how water reaches the Sun or why she worships Tulsi.  These rituals would be nothing less than mystery for us, without any explanation we would also do the same as my grand Ma would do. Only later did I come to know about the significance of Tulsi, not only its religious significance but also scientific.

Tulsi is a deity in Hindu families. It is grown in a specially created structure with images of deities inscribed on all four sides, including an alcove for a small earthen oil lamp. Vaishnavites or believers of Lord Vishnu worship the Tulsi leaf to please Lord Vishnu. Scientifically Tulsi is a herbal plant or medicine, which spreads a strong aroma with a stringent taste. It is a type of elixir of life as it increases long life. The extracts of the plant also prevent and cure many diseases and illnesses like headaches, colds, stomach disorders, inflammation, heart diseases and many other types of ailments. Scientists also extract oil from Karpoora Tulsi which is used in medicines.

People would earlier use cow dung to clean the floors, especially during Ugadi, which is a South Indian festival.  It is celebrated to welcome the New Year. During this festival, people would purify themselves to start their new journey next year. Cow dung is considered a symbol of good luck and is used in several Hindu rituals. This is a reason why people clean their houses with it. In Hinduism, the cow is regarded as the whole animal, which is also an important factor in to use of it and cow urine in religious festivals as these substances purify the environment.  The use of cow dung has scientific validity too, which city dwellers rarely know. It kills bacteria and is best for human health.

Cow dung is also used to get rid of insects like scorpions, caterpillars etc. Besides, it keeps the home cool during summer and warm during winter, just like a natural AC, so still many villagers of India who cannot afford ACs apply cow dung over their walls. This small ritual with a religious overtone is a great human mechanism to protect themselves.

Even a single ritual creates a lot of impact on society.  Rituals are performed during the time of grief, at a time when we win the lottery or start a new business and many other activities. Rituals decrease the level of anxiety and boost confidence in people. Psychologists have also documented that these ceremonies have a causal effect on people’s minds, feelings and behaviours.

Michael Jordan, a basketball superstar would always wear his shorts under his Chicago Bull shorts, Curtis Martin of the New York would read Psalm 91 before any competition. In one of the experiments, people got a lucky golf ball for their golf game. And we have also heard competitors crossing their fingers while performing or during the game. These rituals are nothing but superstition but they do build people’s confidence.

Earlier tribes and even people would perform special rituals to receive magical powers for their safety and protection either against vagaries of nature, wild animals, evil spirits or any other enemy.  People no doubt switch to rituals whenever they had to face situations where either they are unaware of the result or is uncertain about the consequences of certain actions. Many of the rituals are also contradictory like crying at the death of someone which is common in many religions but is not liked by Tibetan Buddhists. Hindus remove hair while mourning, but Jewish males grow them.  Though the ritual is almost the same, but the belief is different.

Traditionally many rituals among remote civilizations are dangerous too and pose risk to human beings, like Female Genital Mutilation which is a most brutal practice and is performed on girls to ensure they remain virgins during the time of marriage. It means partial or total removal of genitalia with a razor or a blade and that too without anesthesia. This is practised in around 27 countries constituting Sub-Saharan, North East Africa, a few Asian counties, and among the Bohra community in India.

Other dangerous practices performed are Baby tossing, Impaling, Self -flagellation, fire walking and even to extreme human and animal sacrifice. We have given birth to the religions and so the rituals, which have scientific, moral, and spiritual significance for us, but we should practice the same with restrain, that’s benefiting our soul, body, family and our surroundings