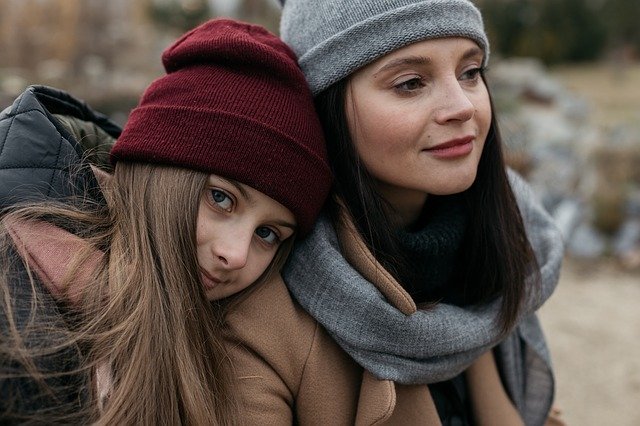 This difference between “I” and “Me” that I want to express here is not English grammatical explanation but the psychological and emotional narrative of our kindred bonds with my Mom.

The life that is not ours but our Mom’s so there could never be explained I for a daughter but always me, and this is “Me”, that builds the strength between mother and daughter relationship.

Whatever you do and achieve in this life, there are varied layers in the explanation with some naturally understandable but some need comprehensive details and exposition. This is the story of a bond with my mother. The day God had sent me into her womb, a beautiful baby with curly hair and fair skin, who was physically attached to my Mom, instilling everything from her, when she would cry, I would cry too and when she would laugh, I would also binge with a smile. When she would sing, her musical notes would enchant me, an unexplainable surrealistic experience that anyone could hardly imagine.

But when I was out and the umbilical cord cut I was physically detached, but not fully as I was always in her lap and getting milk from her breasts. That baby moment is beyond even God’s send angel’s expression. It was a “me moment”, me and my mom, two physical bodies imbibed in a soulful one. But when I started crawling, and finally took the first step on the floor of my parents’ heavenly abode, that they call home. It was still a “Me” moment, me and my mother who were in a bond eternity, the emotions that are deep as oceanic waves and intensity that hardly could anyone fathom.

In what better way can I explain the bond in this short stanza that is wheedled in me?

A divine and solemn touch that could not besiege

Love that defies the wisdom of the world

As the days passed, now it was only myself, detonated with the psychological attributes of “I” detached from that instinct of motherhood during childhood, but gifted with a different personality. I am now with my unique persona, and with a behaviour that’s so distinct and nature different that no one would say I am my Mom’s daughter. My Mom was a simple lady, she would wear a Punjabi suit, I was modern, and mostly in my western outfit. Never could I imagine the opinionated expression on her face that appeared like besieged long heiress ready to catch me. She would often shower an angry look whenever I would make any mistake but I would similarly confront her with my stubbornness.

In the kitchen, she was an authority, and not only me but the whole family could not defy or go against her prescribed set parameters. If she says, glass is to be placed upright and over the prescribed space, we cannot dare to change the statuesque to keep the glass anywhere else, even for a few minutes. But I often try to resist her authoritativeness but every time failed. She has such dominance over each one of us, yet a very caring and a great cook. Her lip-sucking dishes could take all of us rolled; even her “Lauki kee sabzi” would be enticing and mouth-licking veg. I was on the contrary, a bad cook as I never tried cooking.

Her eyes would say everything, a look into her we understand what she was trying to say, such was her power on us that we dare not.

But here is a twist, as I keep on growing, my belly started pulping into a rebel, not of any kind of aggression over my Mom’s dominance over us but my attitude as what comes with age. I was an adult now, with my personality, likings, tastes, thoughts, and ideas but it was not easy to go against her. A certain kind of distraction began to grow between us two; a vacuity occurred that would make me empty from within. Maybe this had happened as I was ugly and fat with the least beauty, and had got into marriageable age.

On those days, in India, for the matrimonial alliance, a girl had to be beautiful. Only a girl who had a slim body, was fair and had expertise in cooking was qualified for the matrimony, there were exceptions though but very less. I had none of these qualities to make me virtuous and qualified for marriage, but I was simple but friendly. In matrimonial I was zero. This was shattering, a mental frustration for the girl who was in her bloom. Several guys came and left, this widened the gap in our relationship with the increase in psychological and emotional distance.

I never dared to speak as my mind which would drive me angry and agitated. As more my Mom would curse me for not getting better alliance, I would become more aggressive, that what would  began to show in my behavior, not towards myself. I lost taste of life, started hating myself and my body. But slowly as I started reaching 30, I started exercising to lose my weight at least. So I lost 10kg weight. And my persistence bore fruit, ultimately I was married.

Things and situation changed, the bonding and distance vacuity had curved towards obligation- twisted with what I name as obligatory love- in same emotion but different wavelengths, that’s seated though on the equal inherent level of emotional intensity and gravity but in a sense of obligation. Love and emotional attachment in distracted attributes.

Three inter-related engagements define my relationship with my mother, “I, We and Me”, intricately woven with mixes of emotions, sweet, sour, anguish, cry, and to the extent bitterness, that would turn into care.

But now at age 50, I am living alone, but deeply embedded in my heart is the authoritative face of my Mom, but now she is wrinkled but there is still that same shine and authority that displays her decades of wisdom. I am now realizing that the word “me,” I could never turn to “I” and not till I die and no one can change this, neither my husband nor my children. I am still daughter, when I am alone I feel her, when I would near her, want to lie my head on her shoulders, and she would always allow me to do this, I still want to eat food that she cooks with utmost delicacy and love.

She had taught me those gravities that changed my thinking and outlook.

I love you Mom, and that bonding will forever remain imbibed in my consciousness wherever we are, and whatever we do, and when I will die, my last word still would be “MOM”.

I know Mother’s Day has gone, but Mother’s day for us is everyday and each moment of our life. Let’s present our thoughts of our bond with our mother, those remembrances that has imprinted in our souls.

in Romance
What to Do If Your Heart Breaks?
in Stories
On the National Highway No 52
in Life
Rise to the glory of the Sun rays and to nature’s bliss