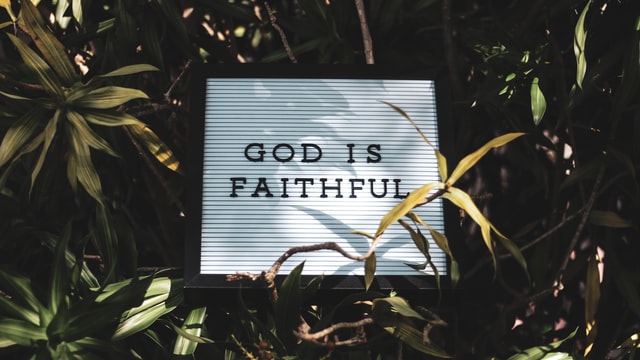 NOW WHERE IS GOD!

Recently, we were witness to the event that had never happened before in the history of India. At the discretion of our honorable Prime Minister of India, Narendra Modi, Indians stood united to light candles or divas outside their homes, on their respective balconies. They were united to fight against coronavirus creating an aura of serenity and motivation. It’s a belief in the divinity and the tenacious appeal of our PM that infused the spirit of oneness in the 180 crore populace.

History is replete with examples that divinity has played its part well whenever any epidemic or natural disaster struck India. Our ancient civilizations would pray to their respective Devis and Devtas to get rid of evil spirits, feel and get protected from the deadly virus and diseases. Think about the bygone days when our grannies would sprinkle holy water in the house and surroundings, worship the Sun god and Tulsi plant.

In most of the North Indian villages, people would worship ‘Shitala Mata’, as Goddess of smallpox. It was believed that prayers would protect children from smallpox. There is also mention of the image of Harita (Hariti) by Chinese traveler I’tsing, which was found at the front door of all the Buddhist monasteries. Hariti was regarded as an incarnation of disease that inflicted children. Lord Buddha turned this image into divine that protects.

These were their religious ideologies and thought processes at play. And it was done with the sole motive to protect the families from evil eyes.

And we all now belong to this genre having the genes of religious tenacity and belief in God.

Whenever science has failed, religion has helped. At the time when our loved ones fell seriously ill and the doctors lose hope of recovery and raise their hands, we bow our head in front of God? Prayer becomes our last resource for the miracle to happen and diseased get recovered. In many cases, it does happen, and the person was recovered. In the end, credit is given to the doctors, but it is ultimately the power of prayer that created magic.

Now when the coronavirus is impacting the entire human race, and medical science has also failed, we have one place to go for respite and that’s religion. Paradoxically all religious doors are closed, and appeals sidetracked.

But history tells a different story, in the 17th century when the Roman Emperor Diocletian prohibited Christians for mass prayers, they still gathered but were tortured and eventually killed. When asked from one of the survivors what induced them to violate the emperor’s orders, his answer was, “without the Lord’s Day, we cannot live.” People had so much faith in God that they would rather die to protect their religious belief than succumb to the wills of any rule. And history is replete with the examples of sacrifices and in fact wars and bloodshed.

For the believer’s religion is a key to spiritual healing, it is a resolution against despair, that offer psychological and emotional support. Even when there was flu in America, Evangelical Christian minister Gloria Copeland, claimed that “Jesus was himself protection from the flu and suggested that people avoid the virus by repeating the phrase, “I’ll never have the flu.” Her comment appeared at the time when the United States of America was passing through the worst flu season. Dozens of children died and the highest number of people was hospitalized. This group believes that faith heals and so it is not necessary to take medical support.

Recently, in New York, the synagogue became a center of an outbreak and in Malaysia also the Tablighi Jamaat hold another meeting, which led to the outbreak of hundreds of coronavirus cases all over South East Asia.

Now even Pope is not in direct communion with God. Brahmin priests in temples are also putting masks on idols. In fact, religion has discarded the tenacity of the people towards their faith and God, bridging the gap between God and its followers.

Yet the extent to which we are insinuated in religion, we are satisfied by the thought that God is there to protect us, and, whatever is happening is due to the will of God. Whosoever is inflicted with coronavirus, has also realized the reality of our mortality status. We are all mortals, and our time is limited. The people who were escaping death by running from it had themselves fell into the death trap. The disease became a wake-up call for us. It is a stark reminder of life’s delicateness. In this fear and pandemic outcome, and unpredictability we seek to bestow our faith in the divine.

To pray it is not necessary to go to any religious place of worship. Anybody anywhere and in any way pray in his or her way and bow to God. It is the intensity of belief that creates positivity. Especially, payers in the form of mantras are best and see the miracle happening.

Hindu Mantra “Om!” has its signification, it is an eternal sound, and so is Sikhs “Ek Onkar ”, (God is one). Muslims chants “Bismillah Al-Rahman, Al-Rahim” (in the name of Allah, the most compassionate, the most merciful). It is a sacred chant, and very powerful as it is recited to thank God and his regular pouring of divine love.

From conquering hardships to getting rid of calamities and to the realization of mental peace, you can find there is a chant for everything. These chants are recited as Duas (prayers) as summoning to Allah to open the doors for blessings through which we can recover, heal, and progress.

Christians also recite Yaweh, the first bible mantra through which people used to experience God.  Mentally repeat “Yah” while inhaling and “weh” while exhaling. It would make your mind clear and give you peace.

Few minutes of the mantra of any religion give ecstasy and satisfaction. It creates vibration and fills the surrounding with positivity. Though scientifically it might not be the cure of the disease, yet it gives mental, emotional, and physical strength, and builds the immune system.

Modern neuroscience had also found the relationship between the chanting process of mantras and the impact of the same on the mind. When we chant mantra, the frontal lobes of the brain are lightened giving impetus to the nerves, and the flow of oxygen and blood is increased.

So this is a time when instead of pondering over all the wrongs happening around and negativity taking its toll over the body and soul, mantras and meditation of few minutes gives immense mental peace and maybe negate the impact of the coronavirus around.

in Religion
Why Religious Rituals Matters? My Experience with God !
in Religion
What is India now, a Secular or Majoritarianism nation?
in Life
Covid pre vs Covid pro but Sir what’s now?