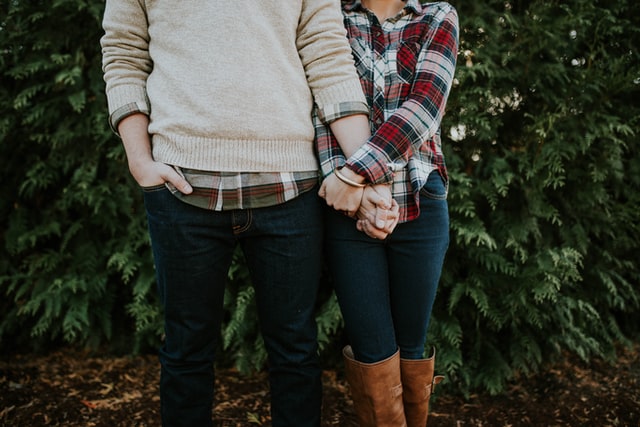 This question is silly, isn’t it! We all know that truth is the most beautiful thing, from the ancient to current civilization; we are told to speak the truth. We are not supposed to lie to anyone; parents, friends, wife, and even girlfriend, but psychology says something down the line when you feel truth hurting sentiments, a bit of lying is a virtue.  In love too it is a well prostrated a big thing to retain a relationship.

I remember a story of a young guy, it was told to me by one of my friends in my group. He fell in love with a girl he met online. He was a very smart looking and tall guy and was earning handsomely but he had one problem, he had Erectile Dysfunction (ED).  Now how could he tell about it to his girlfriend? The girl also had started loving him for his good looks. The guy did not reveal this fact to the girl as he does not want to lose her. Soon they got married, and on the first night, he lied that he had a stomach issue. The girl said okay, and there was no honeymoon for them.  From then on, he continues to make all sorts of narratives; ultimately the girl found that he had been faking all through. She went into depression and even stopped talking to him, not because he got ED but he faked.

When the truth finally came out, she regained her calmness and instead of reacting harshly, took him to doctor. The treatment started and now the couple has two lovely children. This is a sharp stroke, a narrative of life that can lay bare your white lie. No one is wrong here but just imagine if women had filed for divorce, their married life would have been jeopardized.

Online dating has given enough troves of data, revelations of throbbing hearts as what false theory people suddenly carve in their mind that spurts when they are looking out for love.

81 percent of people hide their height, weight, and even age in their matrimonial or dating profile. Among the earlier generation, women would often try to hide their skin type, as the white and slim skin was considered as beautiful and condition for marriage. So if the girl was born dark-skinned, she would do everything to whiten her skin to lure the prospective groom? She would often hide her face behind the Pallu, and on the first meeting prefer standing under a light, to give a feel of fair complexion.

And the men would narrate many false anecdotes of their income, work they do, and their status in the society.  It was quite common.

Now the trend of lying has twisted towards other aspects of life, fairness is no longer an agenda but her qualification is.

Now tipsy turvy, people prefer their partners to hide the painful truths from them. We also call it a white lie, simply means hiding the whole truth to protect each other feelings. No doubt partners share private information that is no intimate and pure that builds intimacy, while honesty builds a strong connection, but sometimes a white lie is also okay.

Psychologists also say a white lie is quite common in a healthy relationship. If your wife is wondering about her looks, and your remark, “you are still very beautiful” will make her happy and is quite solacing too.

White lies mean ignoring certain things that might be hurting but the words that give solace, reassurance, and the agreement. It is about cherishing and honoring each other by acting as if the partner is so good, beautiful, and cooks the best food in the world.

According to the latest New York Times column, best lovers do lie, and they lie quite often. Relationships remain intact if we do not always say exactly what we are thinking about.

But whether you should tell white lies or not depends on a situation also, for instance, if a man did not call her lover for months, he would lie, “I was damn busy, I had many projects under my wing,” but he is out on a vacation with his friends, or having a drink.

This type of lie keeps the lying person on the safer side and the other hand protects the relationship.

Now the question is to what extent white lie should be told? Psychologists say, for whatever reason, you are telling lies, but ultimately it might cause an emotional setback.  Strength is required to tell the lies, suppose suddenly the truth comes out, what will happen then? A revelation of truth and its outcome can cause sleepless nights, misunderstandings, emotional setbacks, and even break up in a relationship.

We all have the tenacity to show our best and modify our life stories that attract when we are seeking a mate. So, the prospective date makes up their stories with their hobbies that they had hardly try.

It is said that marriage and love stand on the ground of truth and trust, but when trust is lost everything is gone, even though bitter.

Coin has two sides in the same each story has two surfaces, and in life, there is also no white and black.

Sometimes in that particular situation truth is effective, but in other cases, a bit of lie can make a lot of difference.

The psychological literature on intimacy vouches for honesty in a relationship and that too total honesty.  Many psychologies opine varied ways of revealing or telling your mind without actually telling lies.

When you are late from office, you can very well say, “I was doing my work but the friends turned up or my colleague called me for a party as he had got a promotion, and there I drank a little,” instead of saying, “I was very busy with the new project or I had a meeting with a boss.”

By lying you are emotionally distancing yourself from your partner leading to creating boundaries that are so rigid that it gets difficult to remove, and you continue to cover the original.

So the ultimate discrete is in your hands, what you want to do? Tell lie or truth?

in Romance
But Why Do Heart Breaks?
in Romance
What are the reasons, why couples fight?
in Romance
Now is it A Time to Change Romantic Rules- “Chalo Dildar Chalo, Chand ke par Chalo”