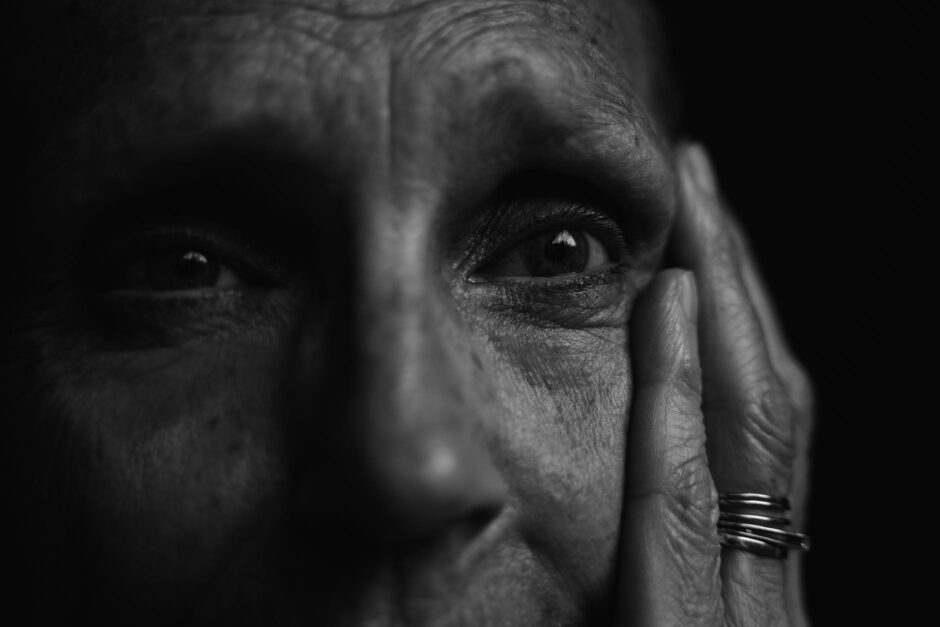 Love for Our Seniors, a New Beginning Has Begun!

Mrs. Sara is not a wannabe nor does she feel dogged by any unusual happenings, but what had happened to her when suddenly the whole world came to a still, and the roads stopped. She became virtually motionless, and her brain became senseless. Once a lady of grace and a character who could attract anyone now had become a thin bone. But still, she had a charm that reflects her dignified personality. Now she had started behaving as if something is lost and she is not able to find it.

Sometimes she would bellow of her past, going back into the era when she was a young girl. Last month she had celebrated her 90th birthday with her whole extended family, but they had all left before the city locked. Only her daughter and a maid were left to attend to her.

She had always been a strong lady, stubborn and never allowed anyone to take her for guaranteed, such was her power. Her Secret of a long life was her let go attitude, take a morning walk every day, praying and always smiling. She had an amazing personality, and her behavior towards others was modest. But everything changed when lockdown suddenly happened.

As Prime Minister was making an announcement, she was listening attentively; suddenly she picked her stick and started walking towards the door. When her maid asked her, “Has anything happened Amma?”, she replied, “I am going to take fresh air, I don’t know whether it would happen again or not. Maybe this is my last chance to look at my surroundings and neighbors”.

She took a deep breath while stamping her stick on the marble flooring outside, hitting a flower pot as she passed it. “Careful Amma”, her maid yelled. And she meekly blinked her eyes towards her and went outside muttering and sighing, “Don’t know what will happen to Mrs. Ahuja, who would always go shopping for her children, or Mr. Ram Narrain who is running a business of garments, and Ramu who would iron the clothes of everyone. Everything would come to an end”. She saw Mrs. Girg peeping through the window with her spectacles hanged on her nose. Amma looked at her and smiled and Mrs. Girg waved at her, amazed by suddenly witnessing Amma outside at this hour.

Meanwhile, Ram rushed by Amma, speaking sturdily “Amma go back home, it’s a lockdown”. Amma replied, “Yes, I have heard, but there is still time, I will go back, you don’t worry”.

She walked passed a small fountain which was closed by now, she looks admiringly at small children who were peeping through the window of Mr. and Mrs. Rodriguez. They are twins, and very beautiful. She also caressed a dog that was sitting on a payment glaring at her.

Now ten days have passed since the lockdown, Amma hardly came out of her room. And, suddenly she started exhibiting strange behavior, talking about her past and forgetting the present. Sometimes she would forget even having her regular medicine. Her maid would take care of her nicely, but as the days were passing, she was reclining. The doctor was consulted online, and what the doctor replied stunned us all. She had Alzheimer.

When we would take her to a balcony, she would look at the empty roads, and showed signs of amazement by the sudden spurt of a bird, and waved at the empty balconies. But slowly she started showing eagerness to get back into her room.

It was the morning of 29th April 2020; Amma took her breakfast, prayed, and suddenly asked for her sister who had expired many years ago. This shocked us. We instantly called an ambulance, but meanwhile, her maid took her to the window. She wanted to have a last look outside, waved at the empty windows of the buildings, and closed her eyes never to see the world again.

This lockdown brought yet another gloom for the family, Amma had gone.

So what our senior citizen’s life is in this lockdown, and how they keep up their spirit? This article below is a significant one as it ponders on the way they are facing the situation. It is not easy for them.

It was not acceptable for the seniors as to why they should not have a visitor in their homes, and why can’t they go to their place of worship.

So how they have faced this lockdown?

Remaining behind closed doors created a bad impact on their mental health. This is a price that they had paid to stay safe from Coronavirus.

But amidst the sad incidents, anxiety and heartache, small gestures of police, and health workers are giving them heartwarming moments. In one of the incidents, Indian police arranged cake to celebrate the birthday of an elderly man, a request which was made by his children who were living in America, and it was willfully granted. It was a most humble gesture, never before expected from the police.

In yet another case, an old woman wearing a hazmat waved at a city worker who was disinfecting the streets.

But there are many of our senior citizens, who are living alone, trying to cope with the change, but not able to feel mental peace. But, there are many senior citizens all over the world who had been inspiring and accepted this change with grace and positivism. A 99-year old, Captain Tom Moore, a World 11 veteran had completed his passion to walk 100 laps of his garden before he could complete his 100th birthday on 30th April in eastern England. This he did to raise money for Britain’s National Health Service.

A Lebanese couple was seen practicing yoga. A famous Journalist Rajdeep Sardesai actually interviewed her motherover the video call. She replied, though it is not easy to live alone it’s cool, and she is now spending time reading old newspapers, “What’s App” messages, and connecting with friends. Her morning would be spent on household chores, reading, and talking with relatives and friends.

Look at them closely, you would yourself see and feel the impact, their vulnerability and loneliness it is for them like swimming in the ocean but with no water. Yet they had stitched their life again as they did early when they were rearing and feeding their children. We could see the difference in their character and attitude, a unique type of nostalgia, an eccentric paradigm that could not be imagined or seen by anything and anybody else.

Now when the outside life will start resurfacing, the lockdown for most of us would be remembered as the saddest day of life, as many had succumbed to Coronavirus or other diseases, but the new rays of the sun would unleash again the same power, and refresh outlook towards the life, that they had left behind many years back.

It would be also a time when there would be a paradigm shift in the relation between the elders and the younger generation, a bridge that was created would be removed. They would start looking through each other eyes, seniors would get beamed with energy by gaining insight into the youngster’s world and, young ones, on the other hand, would understand their worthiness and realize how much their presence means to them.

And now it’s time to see the beautiful families and make this world wonderful with our understanding, care, share, and love.

in Romance
But Why Do Heart Breaks?
in Romance
Do You lie in romantic relationship?
in Romance
Now is it A Time to Change Romantic Rules- “Chalo Dildar Chalo, Chand ke par Chalo”