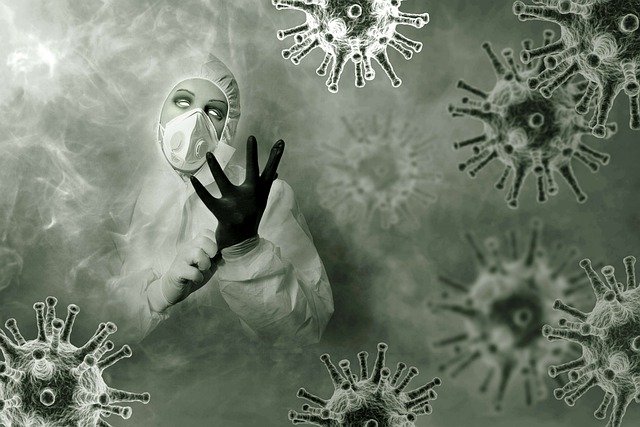 It’s suddenly gone! Buzzing love stories, honking sounds, guy’s dashing across the gullies in their “Gully Boys avatars”, girls hooked at the “Golgappas” stalls, dramas in the bus stop, everything had come to a standstill, and the world is stopped.

Gone are the days when our doorbell would ring with the arrival of a milkman in his “Dhoti and Kurta Libas with a can of milk”. His attitude would make us smile and quite often aghast as he would strategically mix water in milk but would cleverly negate it. Though we are now digital-oriented yet we have settled ourselves into family love with our neighbors, strong bondage with our helpers, and the relationship of waves and smiles with others.

But all have come to a sudden end. Nature has played its part well, raised our consciousness to our predicaments, and unexpected ventures.

We are so confined in our domains that our life now means nothing for us; enveloped in fear, we do not dare to take a step out. But, this is a precedent change, created with a positive impact on nature. Clean air, and lovely aura; birds had started singing again, peacocks suddenly started dancing, and animals got freedom from the human tantrums.

It is a war against coronavirus, a deadly disease that has engulfed the whole world. If we go by the myths, it is like a devil that has suddenly emerged and taken the world in its grip, sparing no one. And, we are battling with it by not stepping out.

Now it’s a time for we the young ones to take on the reins and seek their space. This is pinching our nerves.

So What we should expect next!

Boomers and Uncles Will Ultimately Sit

It will be an irreversible alternation of our previous accords, a paradigm of change for the generation today.

An article of “The Print” version of March 15th, 2020 signals the new world of “the younger generation, by the younger generation and for the young”. The beginning of this was already made by the “Twitters”, referring our elders as “Boomer Remover. They were not hesitating to say, “Boomer and Uncle please sit”.

Meaning is clear, now youngsters are enough of the political and the think tanks of the adults who have left us with the distorted economy, weeping earth, dirty rivers, turmoil’s and worst of all nuclear weapons and now this disease, and yet they don’t stop giving lectures. Naturally so this trend that got us mixes of response with many indiscriminate statements and allegations.

From the courtroom to our drawing-room, and now they are in “What’s App” too. Uncles are everywhere. Editor and producer Joel Pereira and Stand-Up Comedian Tushar Abhichandani finally wanted to bid adieu to this “Uncle Culture”, through their podcast.

And you won’t believe it the hashtag #boomerremover is causing immense anger on social media but has around 780,000 views on TikTok.

Coronavirus is having a serious bearing on our old generation as they have a weak immune system and many of them have prone themselves not to listen. They have their mindset, and with the grey lines, they are more than wise. But as the world is now in the transitory phase, the reins are shifted into the buzzing youngsters’, economically as well as politically.

The digital world has undoubtedly started penetrating our lives, but COVID 19 has redefined the whole mammoth of digital. It has now taken another step to include the people’s every aspect of life, whether practical oriented or theoretical. We will become digitized versions of ourselves, with our whole personality getting rooted in the world digital. Now marriages, childbirth procedures, and retaining familial relationship obligations are also expected to be driven around the mystical digital. Parties also get organized in the digital environment through webinars and social networking groups, wherein there is no need to dress up as partygoers, simply join the group and enjoy.

Self Independence as a Key to Economic Development

As our honorable Prime Minister covered India into its 20 lakh crore package’ and that over it’s four pillars, “Economy, Infrastructure, Demography, and System”. But, I intend to leave the economy part to the understanding of our leading economists. I aspire to take my stand to understand its impact on our daily lives; what we will eat, how should we dress up, the way we will talk, walk and move. Post-Covid 19 has broken us in our own accord in a broken chain, decentralized us, and brought our lives also into a phase of a complete transaction.

Now when we are in our homes, we are cleaning, grooming, washing, cooking, learning, inventing, experimenting, recreating family bonding, making balcony to balcony eye to eye contacts, etc.etc. etc.  Love is no doubt in the air, and the aspiring couples are finding new ways to communicate and shower their love.

Humanity has also resurfaced, as we all are trying to bridge the long-pending gap by helping each other, and feeding the poor, with the exception to the few of course.

We cannot treat our stomach also the way we want, this coronavirus has shown us. We now have to adopt a healthy diet and preferring homemade food in contrast to the food prepared in the restaurants.

Our buying and selling patterns also have changed. We buy and sell through “windows and windows”, both digitally and manually. Selling is near to us but through the virtual doors. Companies are ensuring Artificial intelligence to become a part of our daily routine and to relish the selling goals.

Supermarkets and online retailers are also now presenting “click and collect“, as an alternative means to deliver or for making in-store collection feasible for a few years. It is one of the best ways to create an interaction with customers in a contactless way. One of the UK’s DIY chains has incorporated its click and collect model that could allow customers to order online and collect their purchasers at their pre-destined time, location, and place.

We are undergoing revolutionary change, the kind that has happened only thrice before, first when the fire was discovered, secondly during agriculture invention, and thirdly at the emergence of the industrial revolution. This fourth revolution is a spurt of the technology and the creation of the new ways of communication, which ultimately depends on the social perception with technology, in the framework of artificial paradigm.

Now we are also undergoing comprehensive change in ourselves with our behavioral patterns and thinking.

Robert Frost had said this long time back, “Everything changes once we identify with being the witness to the story, instead of the actor in it.” His wordings are applicable today too.

The fear of COVID 19 tends to bring us close to technology, the state of mechanics without a soul but enriched with machines that can communicate, locate, reach, and link.

Whether it would be better for us or worst, robots are the coming things and that too speedily. Progress is happening. People would earlier say that they need human element in their interaction, but now our future is in the hands of robots who would integrate into our commercial walls. Now companies whether large or small are investing in robots and decreasing the staff. For instance, Walmart is using robots to scrub the floors; South Koreans are using the robots to measure temperatures and distributing sanitizers.

India is also not lacking behind, INDRO was the tallest humanoid robot built in India. It is an automatic robot that was created inside the house with low-cost materials and was used for light tasks.

In Kerala also Robot is playing its part well in its fight against COVID -19, and thanks to the innovative genre of the young minds and the support of the Health Department. This Robot is named “Nightingale-19” and is used for distributing food and medicines to the patients in Ancharakandi in Kannur district where the maximum number of cases was reported.

Artificial Intelligence is taking over the human labor for school tutors, fitness trainers and financial advisors, big tech companies are incorporating the use of artificial intelligence to get rid of inappropriate posts as the human content moderators do not have that capability to review these aspects. Life is an ever-changing paradigm, unstoppable, unpredictable, and untenable. And in these three Us’ we the humans are trying to build the roads that would take us “somewhere”, but I would say “nowhere”. So which path we should take up now, no one knows

in Life
We the Women and the tech of today
in Religion
Is there a cure of Coronavirus in religion?
in Life
In The Lockdown